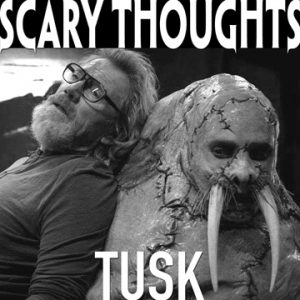 To say that Kevin Smith’s 2014 film Tusk is polarizing would be overselling it. Most people hated it. Chad is a diehard Smith fan and considers him something of a nerd folk hero, but even he isn’t completely #WalrusYES anymore. This conversation covers what makes a good-bad film successful, Kevin Smith’s legacy, and the value and legitimacy of performance art.