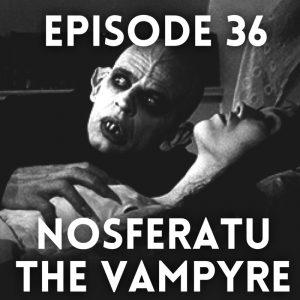 This episode is about Werner Herzog’s 1979 undead flick, Nosferatu the Vampyre. It features special guest Alexa Fraser-Herron. She’s a San Francisco based independent filmmaker, who was introduced to Herzog’s films by her mother at an early age. It’s an unusual and interesting film, the conversation is much the same.